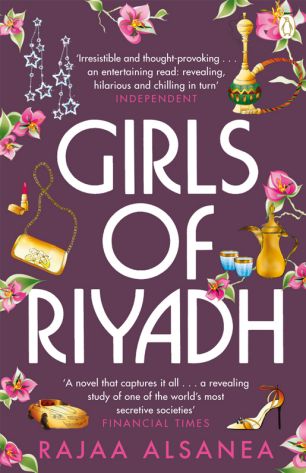 How have you all been?

Today’s post has been festering on my browser as a tab for three days now. I just can’t seem to come around to finishing it.

But then, what of my word?

All the hoo haa about what was to come next.

And all that “STAY TUNED” cheesiness?

So here I am. The unapologetic, fickle, bored J being bullied and black- mailed by the prim, molaristic, woman-of-her-word J into seeing this stale, mouldering post to completion.

Apologies if this review is sub-par. Or downright doltish!

You live a life of segregation. Under the heavy veil of yards of fabric and endless regulation.

You are bound by tradition, religion, society, family and by generations of men and women before you who have sacrificed all in the name of moral obligations and religious righteousness.

You are to only interact with the gender that you are born as.

As a woman, your only purpose in life is the upkeep of a man’s honour and home. And to bear and rear his children.

Love is not is not a beautiful thing.

It is a mephistophelean act; blasphemous and uncouth. A cause of shame and embarrassment. A slight on the family’s honour and standing. Something that has no place in society. It’s is frowned upon, and held in utter contempt. Choosing the path of love makes you a pariah.

Imagine such a world.

Imagine a world where a “religious” police- an actual, official version with legal powers in hand; exists.

Yet, the men and women of this rigid, rules- bound society love, live, shop, joke, learn, work, play and enjoy their lives.

From the outside, their lives seem difficult and secretive. It may be hard to comprehend.

Yet, to the people who live this way- it is a way of life. THEIR WAY OF LIFE! 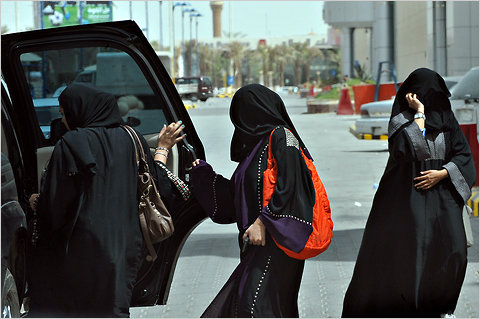 If the last review, got you intrigued about the UAE, you should be far more mystified by the strict and shadowy world of KSA. The Kingdom of Saudi Arabia.

“Girls of Riyadh” is a product of this wonderful and strange (for those who do not comprehend such societies) land. 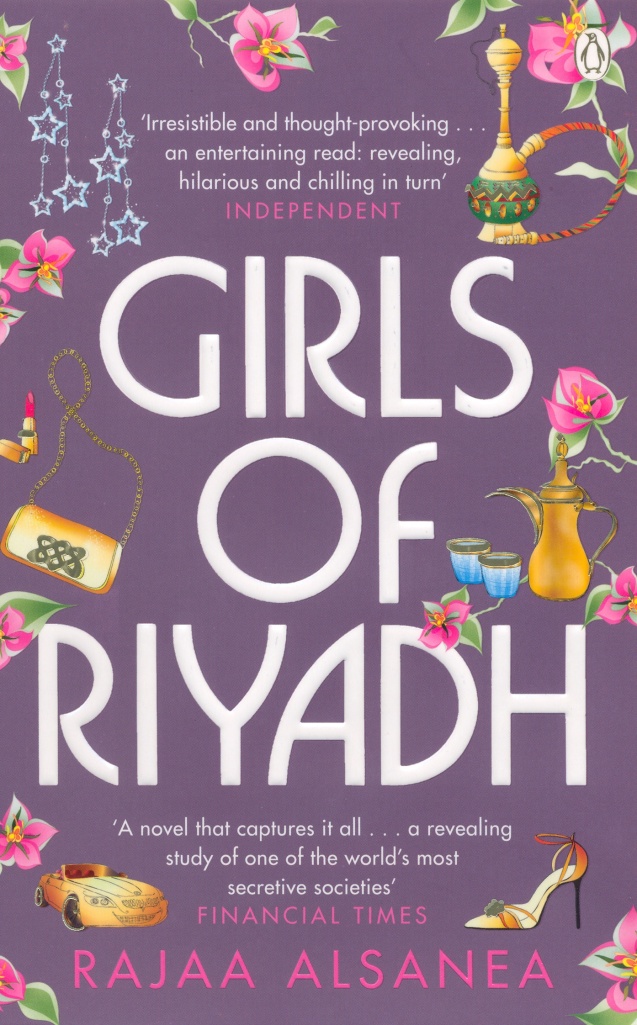 1.How/Why/Where did you buy the book?

I won’t bore you folks with the story again.

I tend to do it, go on a kinda-similar-books-reading-spree.

In fact, I have several such books lined up for the coming weeks!

This may seem annoyingly similar to my previous post/ book- review. But here too we have four women and an account of their very arab, very “gulfy” lives. But this time, there are no expats or immigrants in the story.

The book was written in Arabic (Banat al- Riyadh) and published in 2005. It was later translated to English (by Marilyn Booth) and released worldwide in 2007. The book was originally banned in Saudi Arabia (similar to what happened to “Desperate in Dubai” in UAE ) but was later permitted to be sold in book stores in Saudi.

Do not get excited by this “ban” though. If you are not a citizen of a very strict, Islamic country, you will not find anything in the book that is even the least bit controversial or rabble- rousing.

It tells the tale of Sadeem, Gamrah, Michelle (Americanised version of Mashael) and Lamees, four young Saudi girls living in Riyadh, the capital city. The books runs in the form of a series of emails, sent to groups of people in Riyadh, recounting the lives of these young girls.

The emails usually start off with a quote or poem by a famous author/ poet (or sometimes penned by the author herself). The story mostly revolves around the love lives of these women with sporadic glimpses of other aspects of their “Saudi life”.

Starts off with promise. I even overlooked the juvenile sounding narration (I guess the “translation” was to be blamed), hoping the story will get meatier as it progresses. Some of the poems, I did enjoy. I was waiting for the author to get us in deeper, into the psyche of her modern yet traditional women.

I kept waiting. And hoping.

Unlike what The Independent says (check the picture of the cover above), I did not find the book “chilling”! But then I come from a land of honour killings and arranged marriages! So yeah…

5. How long did it take to finish?

Two hours or so.

My waiting and hoping bore no rewards. Sadly, I got the feeling that this book was never meant to be read in English. Or rather, in any other language other than Arabic.

Arabic is a notoriously hard language to translate. And this book pays the price for it.

On the story front, it gets a tad repetitive and ho-hum after a while. The male characters are all the same. They come and go. Nobody shines. Or stands out.

Worse still, even the female characters- the protagonists are not clearly characterized. Except Gamrah to some extent, the others are all  almost interchangeable. After a while, if are not paying attention, you aren’t even sure who it is you are reading about.

I wished the author had more clearly defined personalities and  character for the ladies.

Also, there is too much emphasis on the “finding love” aspect of the story. If it were presented in a more interesting manner I wouldn’t have complained. But it is not. Education, independence, rebellion are all topics that she touches upon; but for the briefest of brief moments.

All I can say is, SO MUCH PROMISE…

7. Who would you recommend the book to?

Even with my critique and complaints, I would recommend this book. To everyone.

The main cause being- it’s is written by a young, brave, Arab woman!

We definitely need to hear more of them. And from them.

And it is a decent read which will not take up much of your time.

On second thought, maybe I would. In Arabic…someday. If I ever get that good at it. I have a feeling this book would make far more sense in Arabic.

9.  Do you regret purchasing it?

To be honest, I do. Some books I wished I had borrowed. Like watching a not so good movie on cable TV. You wouldn’t stand in queue, pay and watch such movies in the theater. Do you get my drift?

10. Favourite part/ quote from the book?

“As for love, it still might always struggle to come out into the light of day in Saudi Arabia. You can sense that in the sighs of bored men sitting alone at cafes, in the shining eyes of veiled women walking down the streets, in the phone lines that spring to light after midnight, and in the heartbroken songs and poems, too numerous to count, written by the victims of love unsanctioned by family, by tradition, by the city: Riyadh.”

Till the next book…

P.S. I am just too tired to bother editing. Kindly ignore the typos and any bad sentence construction/ grammar and forgive me for the same. I wanted this post to be up before I hit the sack tonight. Don’t ask me why. I am strange like that.

As for the tiredness; Lil Zoe is unwell, that is my excuse.

One thought on “Here’s another Nerdy Sunday! Girls of Riyadh- Rajaa Alsanea.”