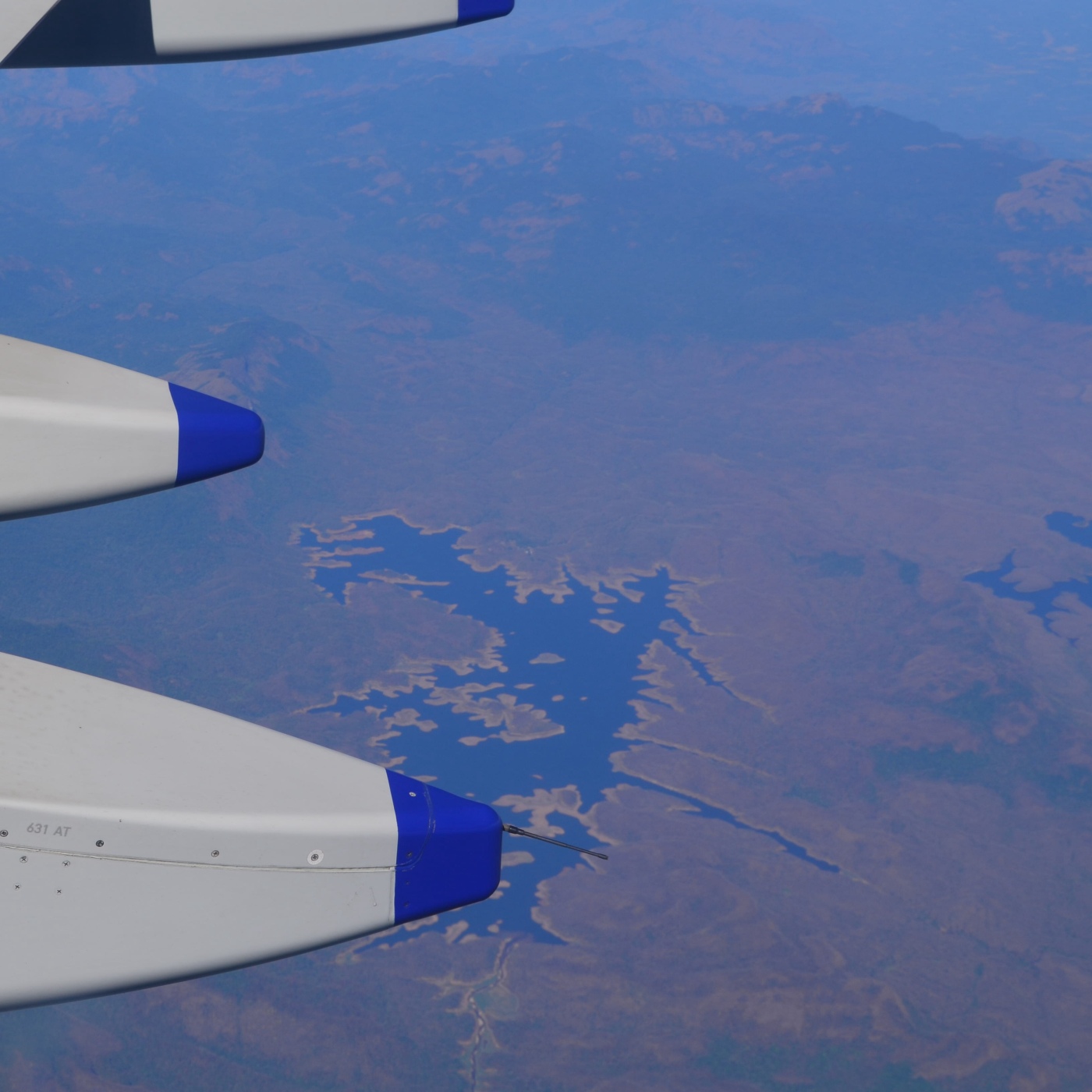 In the days gone by, she would have loved the waiting time. She would have strolled the stores and had cup after cup of bad, overpriced coffee and  doughy donuts.

Lil’ Z isn’t a happy chappy. She was dragged out of her bed at 5 am. The worst time to do so. She was then fed and changed and strapped into a car- seat. She even missed her morning nap.

She had her breakfast, cold and quick. She squirmed in her Ergo. Disliked the creepy security lady. Did some wailing and head- banging. Scratched Mommy a bit and is by now utterly pissed. The little one is a seasoned flier but everyone has their off days.

J wishes Mr H were there. He would know exactly what to do. He would probably pull funny faces and make weird noises. If nothing worked, he would become a human swing set. And that for sure would calm her down. But he isn’t there. And she better get used to it.

They finally announce it’s time. The very young and the very old are called in first.

Still many booted and suited, fancy looking people pretend they did not hear the announcement and get into line anyway. They are neither young enough, nor old enough to avail the privilege. They stand anyway. Gently shoving and getting ahead.

J can never get over this weird behavior. It’s not like you get special seats if you enter first. The plane will not leave without you either. What does one gain by the all the haste and hurry? The pushing and shoving?

Is it an innately Indian thing?

We are programmed to come first. To stand first in class. To beat your neighbor’s kid in everything. To secure higher entrance (pre- university exam) ranks than your cousins and friends and parents’ colleagues’ kids.

Skipping queues is a specialty-  you are considered smart and resourceful if you can get ahead cheekily.

J decides to wait it out. To let all the rude crazies go in first. She was in no mood to fight the crowd.

She is the last to board. She plonks herself in her seat and releases the cranky, squirmy baby. Z and J both heave sighs of relief.

J had hoped to do so much. He camera lay untouched. Her book lay unopened. Her iPad lay switched off. He iPod is lost at the bottom of the deep, dark pit that is her bag. Her phone lay neglected.

Take- off is delayed. A very nice gentleman decided it would be fun to go absconding after checking in. He walks in, ten minutes after departure time. Unperturbed. Obviously unapologetic.

J was starting to think that maybe her love for airports and flying is eroding. Suddenly, all she could see were the inadequacies and shortcomings.

The seats seem cramped. Considering her small frame of 5 feet 3 inches and 100 lbs, that is saying something.

The food is borderline unpalatable.

The flight attendant’s tone is screechy and her make-up reminds J of Zhang Zyi’s geisha look.

And right about when irritation was simmering into anger, the captain spoke. A deep, lush baritone. Sensual and intelligent sounding. Apologizing for the delay and saying they were ready for take off.

Just then, Lil Zoe also gave up. Decided sleep was the best course. And as the plane taxied across the runway, accelerating; J felt her coiled mind unfurl, her tense muscles relax.

J gently placed the sleeping baby in the bassinet. She rummaged through her humongous carry- on for her dSLR. It was a clear, crisp morning. And the sights were utterly, truly breathtaking. The photos don’t even remotely do justice to it.

And then they landed. And J still loves to fly. So does Lil Zoe apparently.