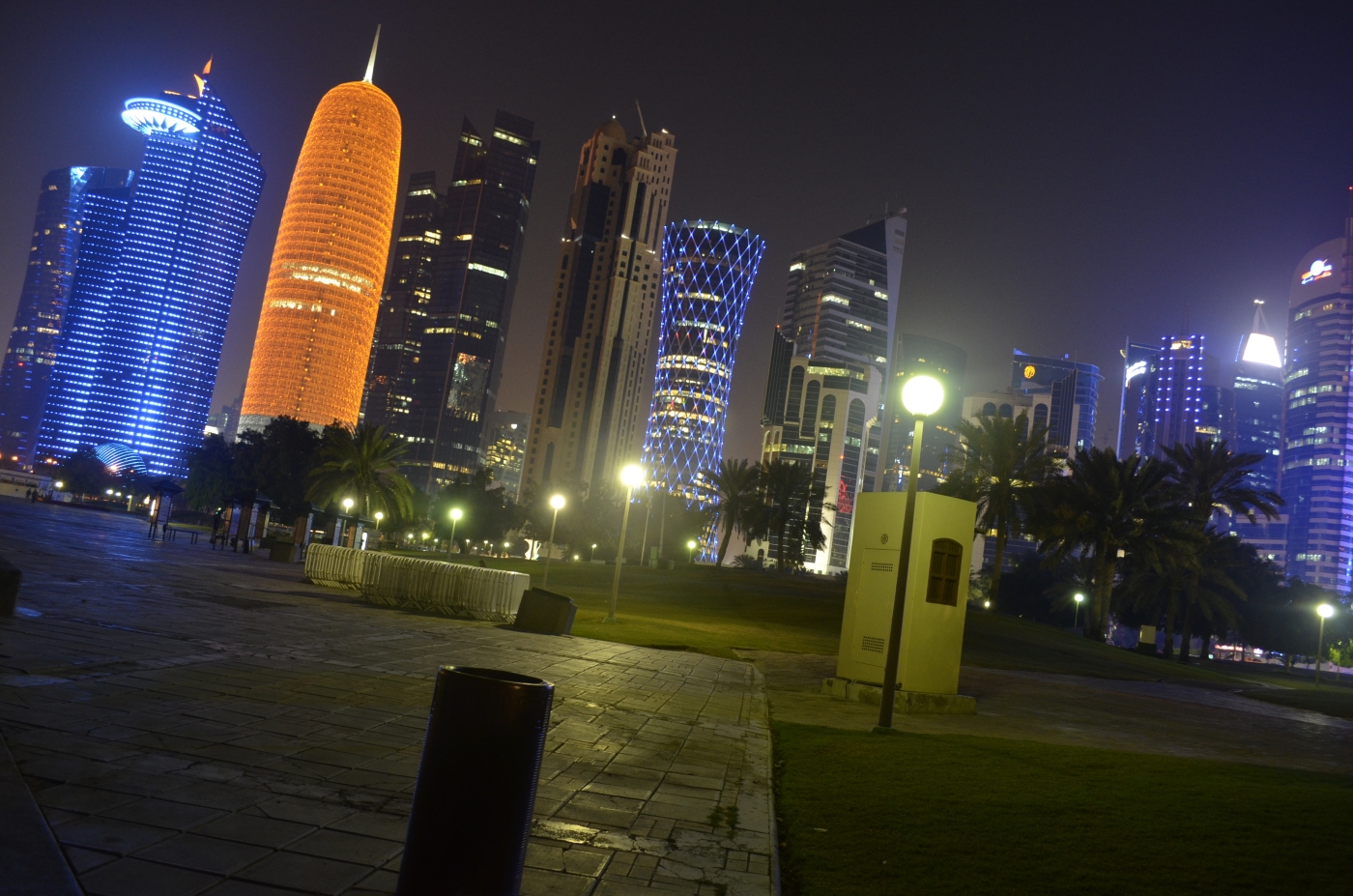 The Adventures of lil Z…

Lil Z loves new places. Mama loves new places as well. Mama taken lil Z to many, many new places both before and after “the great journey” (when Lil Z left her watery home and came into to her new home where she could see Mama and Papa).

The first place that Papa took Mama to after she reached here was near the water. Lil Z loves water. Papa told Mama the place is called “corniche”. Wonder what that means.

On the way, we saw many big and shiny buildings. The lights in the buildings even changed color! Lil Z had never seen such tall and colourful buildings before.

The water was framed by the shiny buildings on one side. Lil Z thought it looked beautiful. Mama also thought it looked beautiful (you see, back then lil Z could feel what Mama was thinking!). Papa told Mama that unlike Dubai, this is the only place In Doha where there are tall, shiny buildings. Apparently, this was Doha’s “famous (and only) skyline”. Aah! So our new home is called Doha.

Mama, Papa and I went to Corniche almost every single day, thereafter. I kept growing inside Mama and she got very big and clumsy. Even then, we went. It was cold then. And we all liked the ocean air. It was very noisy though. The road runs along the walking path. So many fast cars (and sometimes fast, very loud bikes) whizzed past us.

Mama and Papa love to sit on the waterfront and gaze at the sky and count the planes as they land and take off from the runway which is seen at a distance. Papa loves planes (he knows a lot about them!) and Mama loves airports. I’m telling you, they should have been pilot and ground staff…. He he… they would have fallen in love at the airport…!

Sometimes, we would all leave home (to go walking at Corniche) and then come back without doing so. Apparently on some days, Papa does not find space to leave (“park”…. is that the right word?) his car. Those days, the weather was so nice that many families (just like us) got their their chairs and mats and food and sat there till late into the night- chatting, relaxing. The kiddies ran around, rode their bikes or were taken around in their strollers.( Uff! There were sooo many strollers. Good, I will have lots of friends when I grow up!). Few ladies had watermelon tummies, just like Mama. Maybe there were little kiddies inside- just like me!

As Mama walked, lil Z saw that many around her were running with wires coming out of their ears. Just like how they would in the parks, at Mama’s place (“Ban-ga-lore” ….did I say it right?). Mama tells me they do it to remain “fit”. Mama does that too, now. But she complains that there are not many parks in our city. She misses her “home” city at times. But you know what, unlike parks in Bangalore there are cool looking things here, on which people can “exercise”. Nice right? Though, more than the big people, little kiddies use them. Hehe….

Nowadays it is so hot that not many people come to the Corniche. But Papa likes it. He gets “parking”. We went there today after Mama and Papa broke their “fast”. It was nice. There were weird looking things hanging off the trees there which I had not seen before. They looked like the things Mama and Papa eat while breaking their fast. There were lots and lots of them!

Anyways my dear aunties and uncles, lil Z is very sleepy. It has been a long, hard day. I learnt how to laugh aloud today. Cool, no? Never knew I could do that. And all that rolling over back and forth is making my neck hurt. I am going to “hit the sack” as Papa says. Here are some pictures that Mama clicked. Come over to my home sometime okay. Lil Z will show you around….. 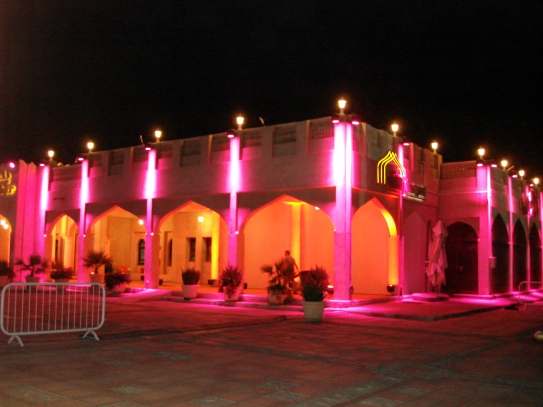 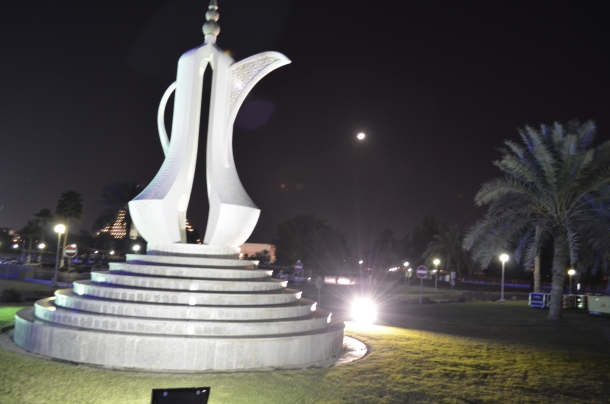 The Doha Corniche is a semicircular, waterfront esplanade located in the upmarket West Bay area and surrounded by some of the most prominent landmarks of Doha (the Burj Qatar, Museum of Islamic Art, the Sheraton hotel etc). It offers possibly the best view of the Doha skyline and is a great place for the entire family to “hang out”. The running track is a little shy of 5 kilometers. The best time to visit is during the winters, preferably before 6 am and after 7 pm. Parking can be a problem, especially in the evening during weekends.

One thought on “DOHA- Visitor’s Guide 1”